Just after the broadcasting. And we had nice dinner/drink with all the friends at ORF Cafe!
Posted by Les Nations Réunies at 21:09 No comments:

Before the Radio Ö1 Live Show...


Oh yes, this is what happened between the rehearsals ;p
Posted by Les Nations Réunies at 20:25 No comments:

A Little Tour Around Middelburg - Competition and the Days before...


We had a little tour around Middelburg between the first and second rounds. 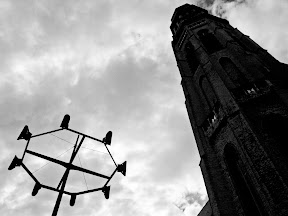 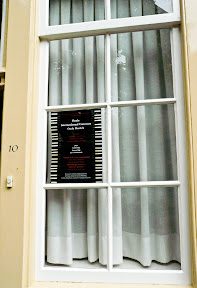 And a statue with sunglasses! ;D
Posted by Les Nations Réunies at 21:13 No comments:

A Viola da Gamba's Journey - Competition and the Days before...


On the journey from Paris to Calais and Middelburg, our viola da gamba had very interesting experiences.... 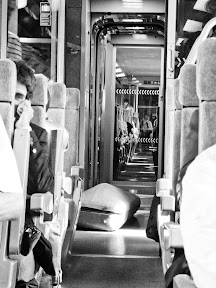 Such as lying on the train as neither a luggage nor a passenger.... 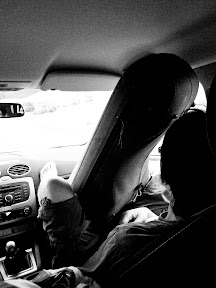 Fitted in a very small car with five people (plus luggages...)

And it turned out fine after all!! lol
Posted by Les Nations Réunies at 00:42 No comments:

Winner of International Early Music Competition in Middelburg, The Netherlands

We had such a nice time in The Netherlands and are very much looking forward coming back there for the Prize winner concert next year!
Posted by Les Nations Réunies at 14:34 No comments:

Finalist of the International Early Music Competition in Middelburg/The Netherlands

We have been selected as one of just three ensembles to take part in the final of the International Early Music Competition in Middelburg/The Netherlands this summer!
Posted by Les Nations Réunies at 10:47 No comments:


A very musical cat - dancing up and down during our rehearsal in Paris!
Posted by Les Nations Réunies at 10:54 No comments: 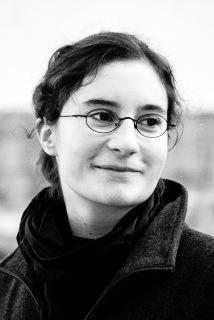 Ruth started to study the Recorder in the Young Student Class of the University of Music and Performing Arts Vienna. After graduating form the High School for Young Music Students, she passed the entrance examination to the Recorder Diploma Programme with Hans Maria Kneihs. Supported by the Federal Chancellery for Arts and Culture Austria, Ruth studied the Recorder in Paris at the Conservatoire Erik Satie with Sébastien Marq in Spring and Summer Term 2007. At this time she was Resident at the prestigious Cité Internationale des Arts Paris, where she also performed in concerts. After retuning to Vienna, Ruth pursued her study at the University of Music and Performing Arts and additionally started to study the Viola da Gamba at the Conservatory of Music Vienna with Pierre Pitzl. In the framework of the Erasmus Exchange Programme, she studied at the Royal College of Music in London in Autumn Term 2010 with Ashley Solomon for the Recorder and Richard Boothby for the Viola da Gamba. Furthermore, she took part in various masterclasses by Jordi Savall, Gerd Lünenburger, Han Tol, a.o.

Ruth was awarded many prizes at International Competitions as the 1. Prize for Early Music, Journalist Prize and Hyogo-Governor-Award at the 10th International Music Competition in Osaka/Japan in October 2009.

In the last years she was also awarded scholarships as the Scholarship for Music and performing Arts 2009 donated by the Ministry of Culture and Education in Austria and received an award for artistic excellence by the International Tokyo Foundation.

Ruth is performing in Europe and Japan as a solist and as a member in Chamber Music Groups and Orchestras, which include Les Nations Réunies, Collegium musicum Wien, Gesti Musicali and Wiener Akademie. 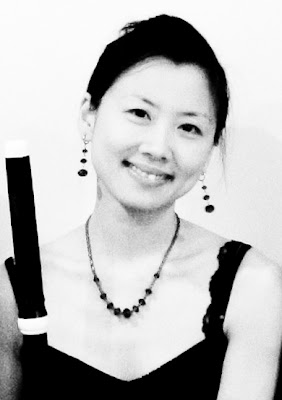 Yu-Wei Hu began the flute at the age of six. She was soon accepted by the Talented-Musician Programme and was awarded YAMAHA scholarship in 1996.

From 2000, Yu-Wei studied in Music Department in National Taiwan Normal University and won Third prize in the Wind Concerto Competition in Music Departmentin 2003. She was awarded Bachelor of Fine Arts and Master of Fine Arts in 2004 and 2006 respectively. Besides several recital performances and orchestral concerts, she also performed in many master classes with international flautists, such as Yossi Arnheim, Vicens Prats, Amy Porter and Trevor Wye in Taipei.

Yu-Wei has played baroque flute in Parry Room recitals, Durrington Room chamber concerts and Handel Festival Concert series at St Martin in the Fields in London. She also played in Yorke Trust Baroque Opera Orchestra in Norfolk in 2009, as well as in Woodmansterne Collection Orchestra and Sinfonia Verdi in St. Albans Cathedral in 2010. Yu-Wei has also appeared in RCM Baroque Orchestra 2010, under the baton of Sir Roger Norrington. In the same year she received a bursary to play in Dartington Baroque Orchestra. Yu-Wei performed with International Baroque Players in Octorber 2010. She is also playing in Orchestra of the Age of Enlightenment Young Musician Scheme 2011. 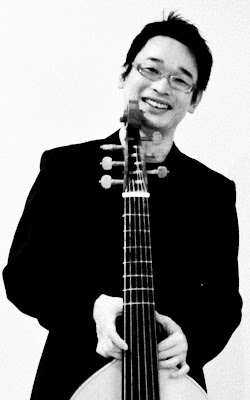 Kunihiro Mimura was born in Nagano, Japan. He received piano lessons since his early childhood and studied piano at the Tokai University in Kanagawa. During his studies of the piano, he studied the Viola da Gamba and specialised in historically-informed performance practice. After achieving his Piano Diploma in Kanagawa in 1999, Kunihiro Mimura came to Vienna to study piano with Paul Gulda and Viola da Gamba with José Vasquez at the University of Music Vienna.

As a soloist and member of the Orpheon Consort, he has been giving concerts in France,
Italy Spain and other countries. Kuni has also been teaching the Viola da Gamba at the
International Early Music Festival in Abbaye de Vignogoul in France 2010. 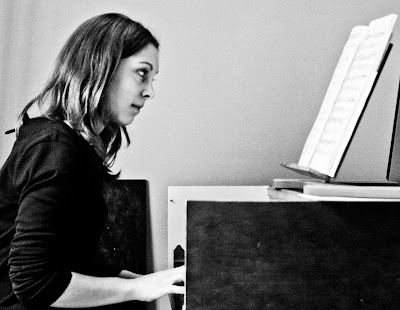 Marie van Rhijn started her studies at the Conservatoire à Rayonnement Départemental (C.R.D.) in Calais where she got in 2007 the Diplôme d’Etudes Musicales (D.E.M.). In the same year, the British Council of Northern Ireland awarded her the scholarship „Charles de Gaulle“ to poursuit her studies at the Museum of Music in Finchcoks, Kent, UK. In 2008, she studied with Ilton Wjuniski and recieved the diplome D.E.M. for harpsichord from the Conservatoire National de Région (C.N.R.) in Paris. She took part in masterclasses at the Académie de Villecroze 2008.

She is currently studying the harpsichord at the Conservatoire National Supérieur de Musique et de Danse de Paris (C.N.S.M.D.P.) with Olivier Baumont and Blandine Rannou, as well as musicology at the University Sorbonne. She was awarded by Fonds Tarrazzi in march 2009. In Autumn 2010 she was studying as an Exchange Student at the Royal College of Music London. She performs regularly as soloist and in chamber music groups in France and the UK.
Posted by Les Nations Réunies at 22:12 No comments:

Email ThisBlogThis!Share to TwitterShare to FacebookShare to Pinterest
Labels: About Us 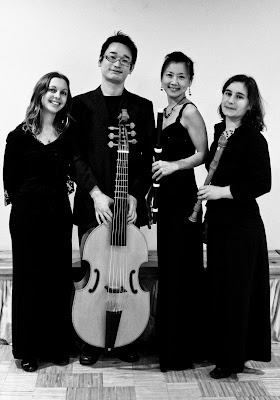 The Ensemble Les Nations Réunies is formed by four students and graduates of the Historical Performance Department at the Royal Collage of Music London, the University of Music and Performing Arts Vienna and the Conservatoire National Supérieur de Musique et de Danse de Paris (C.N.S.M.D.P.). They specialize in an authentic and historically informed, yet lively and stirring interpretation of the music of the baroque period. The aim is to present the variety of 17th and 18th century music, as it can be seen in the different styles of the main centres of cultural life in Europe. In its concert programme the ensembles combines works written and performed in London, Paris, Rome, Leipzig, and many other cities by composers such as Handel, Couperin, Corelli, Bach and Quantz.

The name of the ensemble originates from a combination of the titles of two works by the eminent French composer Francois Couperin: Les Gouts-Réunis and Les Nations which stand for the united tastes and the variety of nations. The combination of both to Les Nations Réunies stands for the ensemble‘s attempts to show the difference of tastes in different nations in the Baroque period, but can also be associated with the fact that all members of the ensemble come from different countries and bring together their individual experience and knowledge of baroque taste.
Posted by Les Nations Réunies at 11:55 No comments: